Tinc3: Whats poppin
Tinc3: Oy can you give me the link, i'm having troubles actually finding it haha
Grazzt: Tinc, Inso, and everyone, if you're still there, the Shillien Empire is now created on the new and F2P official Classic (Giran GMT+1) server !
InsolitumIn: Tryed to send you mail in eso. You got it?:)
Grazzt: Hello Idemona !! What's up ??
InsolitumIn: Hello!
You do not have permission to shout 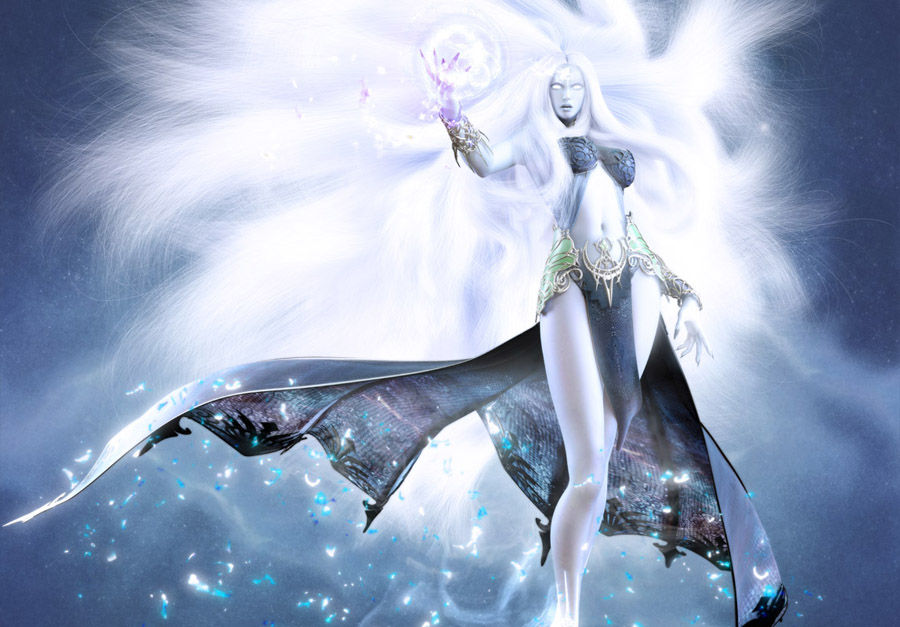 Our Clan has had a few different iterations over the years, going way back to the original Lineage II, then on Goddess of Destruction, then on the European Classic Lineage II, but as this server was subscription-based, it didn't really go hand-in-hand with our "casual" concept.

Now that the official Lineage II Classic Free To Play servers have launched, that suits our playstyle much better !

So, you can now find us on the Classic Giran (GMT+1) server, don't hesitate to join us and establish the ultimate Dark Elf Domination all over Aden !
Hail Shilen !
0 Comments 0 Likes
Share Hello and welcome to another "State of the Clan" post !

Some people have been crying doom about our Classic Server these past few days, but it's still here of course, and the Shillien Empire is still here as well !
Granted, we have seen some people leaving after their 3-month preorder, we knew from the start that a Classic Lineage II experience wouldn't be for everyone, but we also have seen some new people joining us, so don't worry we're not going anywhere !

This new "State of the Clan" post comes a bit later than usual, as I had some personal issues to solve, that's why it's a double "March / April" post :)
And that's also why we now have a new Clan Leader ingame, namely our former Dark Spy : Idemona !
I'll still take care of the Clan of course, with our website, our events and everything, but running a Clan in Lineage II is very time-consuming, and as I'm a little short on time these days it seemed like the best thing to share the responsibilty with a more active person, this way we can still take care of our members and offer them a fun experience !

The first thing our new ingame Leader did was boost our XP bonus to +6%, so if you're starting to feel the grind, don't worry we got you covered with this new permanent bonus !
We also have started to farm some Proof of Blood, so we can get our Clan to lv.3 and get our cool titles and our nice Shilenic icon ! Our forthcoming events will probably be centered around that, we need 100 Proofs to get the Clan to lv.3 so let's start killing those monsters and getting their blood !

Now, for the thing that we still didn't have time to work on, but which we absolutely need to do as it's probably the most interesting aspect of a RP Clan : our Lore Wiki !
Lore in Lineage II is very interesting, and setting up a Wiki will help us getting even deeper into that Lore, so don't hesitate to start contributing to it here : http://lineage2lore.wikia.com Alright, that will do it for this month, we still have a lot of things to do and a lot of fun to get, so ... long live the Shillien Empire !
0 Comments 3 Likes
Share This is the first "State of the Clan", which will be a monthly post detailing what exciting things have happened inside the Shillien Empire !

And what's even more exciting is that a lot of people seem interested in it !
To be honest, at first I didn't even know if there would be anyone else besides me inside this Clan, as RP is probably not what interests people the most when they play Lineage II, but after just a couple of weeks we already have 12 people in the Clan, so we even had to get to lv.1 so we can accept them all !
Actually, we used to be 14 in the Clan, but 2 people left, and I'd like to address that as well.

One of those people has been found cheating and botting, so his account was banned, and we applaud with both hands !
There is no way we will accept cheaters in our Clan, Lineage II is a game, which is meant to be fun, and cheating defeats the whole point of having fun !
It's a really good thing that this person is gone, it's also a good thing that he wasn't one of our more active members, so that's a little less disappointing for us. The only thing to say here is : good riddance, and don't come back >:(

The other person who left us did it because he wanted to be in a "top Clan", and of course the Shillien Empire will never be a "top Clan", that's not our purpose at all !
We are a RP Clan, so most of us will level slower than the average Lineage II player, but as long as everyone is having fun, there's no problem about that.
Some people can play everyday, some others can't, so there's also gonna be some level difference between the Clan members, but again, that's not a problem for us.

About the RP, we now have established our weekly RP Events which take place on Sunday afternoons, and the idea here is to come up with some kind of ongoing RP story that links all those events :)
We are even thinking of having some rival Clan that could be our RP ennemies to spice things up a bit, but that's probably further down the road and will be addressed in another "State of the Clan" post.
For now, our next RP Event will be about introducing our characters so that everyone knows a little bit more about where they come from and what their goal is.

Talking about goals, our next goal as a Clan is getting to lv.3 !
The Clan is almost lv.2 now, but the really cool things will come with lv.3, with our own customizable Titles, and our own Clan crest !
So, let's gather our strength, hunt some monsters in the name of Shilen, and we'll soon be able to reach this goal !

Alright, that will do it for this month, let's all have fun and, more importantly, spread our Dark Elf Domination all over Aden !
Hail Shilen !
0 Comments 4 Likes
Share As the reality of this Classic Server is now only a matter of days, we have opened a Lineage II Lore Wiki to staisfy your Lore Hunger :P

The idea is of course to build this Wiki together, so let's use this forum thread to do so ! This is it, our long-awaited Classic Sever is finally coming !

See you all very soon in the world of Aden :D
0 Comments 0 Likes
Share

Welcome to The Shillien Empire We are all eagerly waiting for the big announcement on May 21st where Innova will tell us if/when they'll open the great Classic Server !